Join us at Gresham Station on October 29 from 11:00 am – 2:00 pm for a fun Halloween event! This FREE event will be fun for the whole family featuring Trick or Treating at our Gresham Station retailers, a chance to meet and greet some of Mtn Peaks Therapy alpacas, crafts, and more!

Gresham Station will be hosting a coloring and crafts station in the decorated suite near Best Buy and Halloween City. 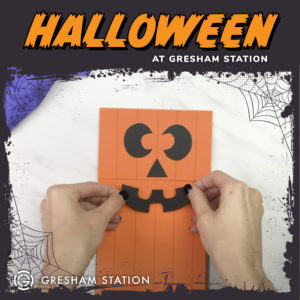 Stop by Blue Pine Gallery & Gifts during the event for a quick crafting session! They will be hosting a festive Halloween themed paper bag puppet and bookmark craft station. 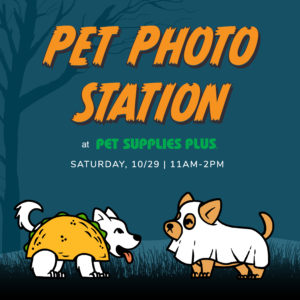 If you’re bringing your furry friend to our Halloween event, make sure to stop by Pet Supplies Plus to take photos at their pet photo station, win some freebies in their giveaways, and more! 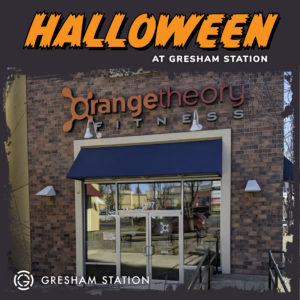 While you’re here, use some of that candy rush to run through a free kids activity sponsored by Orangetheory Fitness! There will be squares of activities for children and families to complete in order to receive their treat. 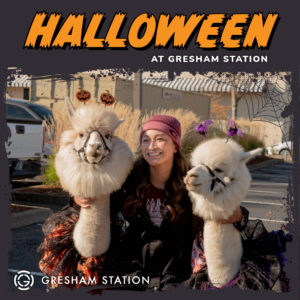 Mtn Peaks Therapy Llamas & Alpacas is a non-profit organization, which strives to share camelid education among all ages. Their beloved “Rojo the Llama” inspired their therapy program, and captured the hearts of countless fans throughout the Portland area, and beyond, during his 17 years of life. Ranked as the #1 “Beyond the Showring” PR Llama in the World” for most of his career, Rojo traveled off the farm thousands of times for therapy visits and special events during his career and was featured in numerous publications, including “O, the Oprah Magazine.” Today, they continue to serve the community with their other 13 special llamas and alpacas.

Find out more information and RSVP on our Facebook page: https://fb.me/e/9qSF0s4Tz